We condemn the use of the LGBTI community in the political struggle by the opposition or government, both openly and secretly!

Millions of people around the world celebrate May 17 as the Day against Homophobia, Biphobia, Transphobia Queerphobia and Intersexphobia. This day is accompanied by various events every year since 2004 in about 130 countries around the world, in order to accept LGBTIs, to create a safe environment for them, to recognise their rights.

From the very first days of independence to the present day, the LGBTIs' topic has become an insulting rhetoric in Azerbaijani political discourse. The parties use sexual orientation as a tool to humiliate each other, "keep the nation clean" or to identify with the enemy. We observed one such event on May 14, 2020, during a discussion organized by the Coordination Centre of the National Council of Democratic Forces on Zoom platform, which was shared on Facebook.

The National Council claims that the video leaked to social networks was spread without the knowledge of the organization and is a cybercrime. Although we do not rule out the possibility of cybercrime, this does not reduce the burden of public condemnation of the hate speech of National Council members Gültəkin Hacıbəyli and Rafiq Manaflı, which targeted and disturbed LGBTIs in that discussion.

According to the video, the politicians involved in the discussion first ridiculed the stress created by discussions about the personal and family of journalist İsmayıl Cəlilov. The journalist's same-sex marriage, his husband, and the stress they are experiencing have been repeatedly portrayed by Gültəkin Hacıbəyli as illegitimate and ridiculed, and the LGBTI community has been called "üzdəniraq" (someone who should not be seen/encountered).

Continuing the discussion, Rafiq Manaflı (Chairman of the Supreme Assembly of the Civil Solidarity Party) justified the Holocaust committed by Nazi Germany, adding: "I am very sorry that Hitler did not kill (destructed) those gays in 41-45."

We express our concern over the discussion and ridicule of people's private lives during the online Zoom meeting (even if it is closed) and urge political parties and organizations not to include LGBTI issues in their dirty political games, not to spread hate speech and demand not to express their views on calling for a hate crime!

Hate speech is a social expression that spreads, encourages, or justifies hatred, discrimination, or hostility toward a particular group. It contributes to a general climate of intolerance, which in turn increases the likelihood of attacks on these groups. If we look at the period of Hitler's Nazi Germany, these groups included Jews, Jehovah's Witnesses, political prisoners, and homosexuals.

Hate speech and crimes lead to systematic discrimination and mental and physical exploitation of LGBTIs. Of course, we accept that the same Constitution recognises freedom of speech and expression. However, we condemn the use of racial, national, religious, social, gender, sexual orientation and other criteria in any discussion to promote hatred and hostility. Freedom of speech and expression cannot legitimise ideas that are based on and justify an ideology that has killed millions of people — Jews, Jehovah's Witnesses, political prisoners, homosexuals, and others!

We condemn the phobic rhetoric used by members of the National Council, which prefers the rule of law and the Euro-Atlantic integration. At the same time, we condemn the use of the LGBTI community in the political struggle by the opposition or government, both openly and secretly! The lives and bodies of LGBTIs are not a playground for political games!

Human rights are universal, interconnected, reciprocal and indivisible rights enjoyed by all human beings, regardless of their identity, differences or similarities. We believe that anyone and any institution, be it the government or the opposition, that threatens these principles should be criticized.

1. We urge political parties and institutions not to use the LGBTI community as an insulting rhetoric or a tool to blackmail in their political struggle;

2. To prosecute the person or persons who recorded the meeting and leaked it to the social media space, based on UN resolutions on combating cybercrime, to which Azerbaijan is a party, and local legislation;

3. In accordance with the recommendations made to Azerbaijan during the Third Universal Periodic Review, as well as the recommendations of the Committee of Ministers of the Council of Europe on CM / Rec (2010) 5, we demand the Milli Majlis of the Republic of Azerbaijan to adopt the legislation prohibiting discrimination, hate speech and hate crimes based on sexual orientation and gender identity.

Who joins the call: 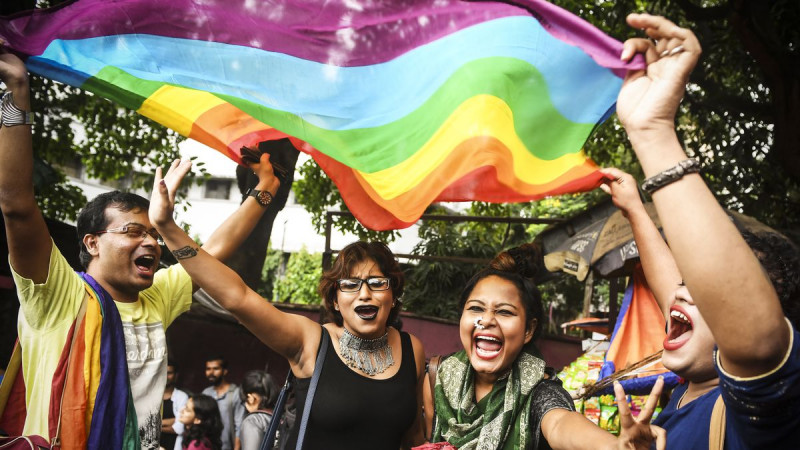